What Makes a Good Interest to Target on Facebook*?​

One of the biggest mistakes advertisers often make in their Facebook* audience targeting is choosing interests that are far too broad.

A good interest is one that’s specific. It's something that only your target audience would be interested in.

For example, let’s say my target audience was entrepreneurs. That means I’m trying to get my ads in front of people who are either entrepreneurs or interested in becoming entrepreneurs.

In this case, what interests comes to mind for you?

For this example, let's say we chose people who were interested in Mark Cuban. He’s well known in the entrepreneur space, so it seems like a great fit, right?

Because he’s not just an entrepreneur. He’s a celebrity on Shark tank and he owns the Dallas Mavericks. At this point, he's more of a mainstream celebrity.

There are millions of people who know him that aren’t entrepreneurs. My wife, for example, isn’t an entrepreneur but because I'm addicted to Shark Tank she absolutely knows who he is. 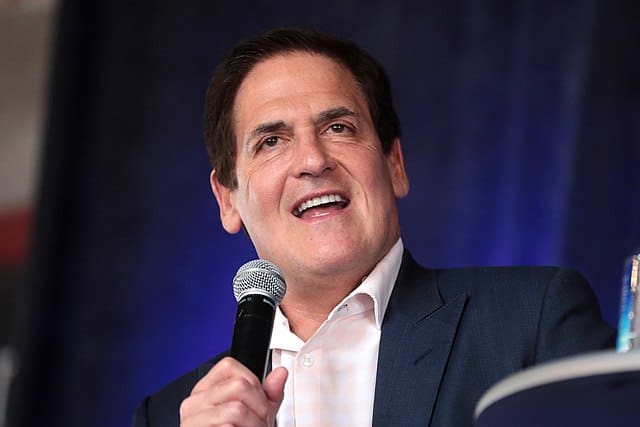 That means Mark Cuban isn’t a good interest to target in this example. There are going to be far too many people who are interested in Mark Cuban who aren’t my ideal customer (entrepreneurs).

In contrast to that, a better interest to target would be somebody like Peter Thiel. Now, if you're reading this, and you don't know who Peter Thiel is, and you're not an entrepreneur, that's a good thing, right?

Thiel was one of the co-founders of PayPal. He wrote a book called Zero to One, and he's really well known in entrepreneurial communities.

Now if I said to my wife, “Do you know who Peter Thiel is?” She would have no idea who I was talking about. That's great, because she's not an entrepreneur.

To pick an interest that's specific enough, try asking: Are a lot of people outside of my target audience also interested in this person/tool/thing? If the answer is yes, rule that interest out.

You only want to be use specific interests that only your potential customers would be interested in.


How Big Should My Audience Size Be When Setting Up My Facebook* Audience Targeting?​

When you choose an interest to target on Facebook*, it gives you an estimated audience size. I get a lot of questions about how many people should be in those audiences.

I recommend an audience size of at least a million people, but not all interests will have that many. And that's okay.

You don't want to disregard an interest just because it doesn't have a million people in it. The solution is to stack multiple, relevant interests together in one ad set to get your audience over that million-person threshold.

Here's an example of where you can see the audience size in your dashboard: 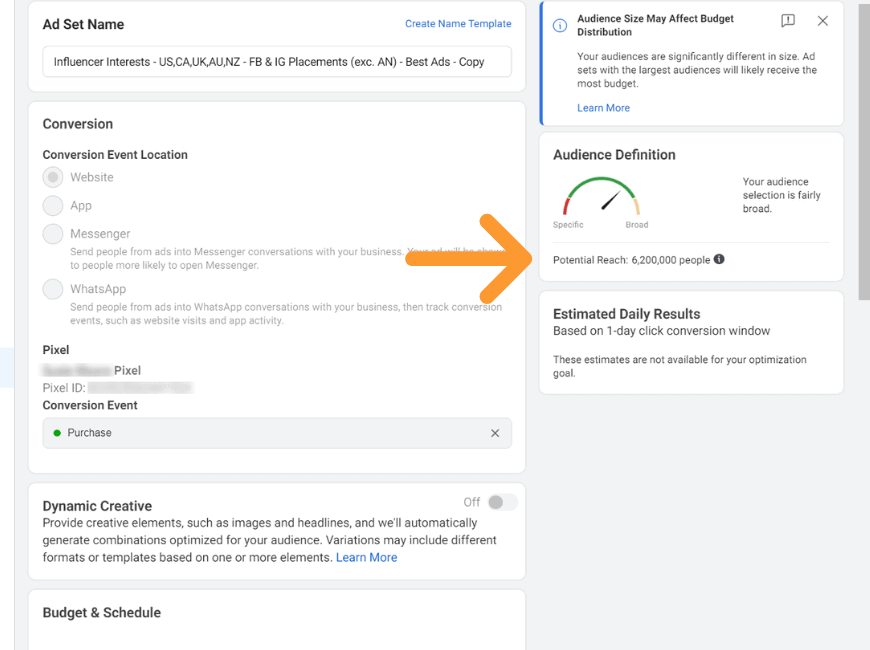 Let's talk about how to generate a great list of interests for you to target in your Facebook* ads.

Don’t rule an interest out just because the audience size doesn’t reach one million.

Below, I’m going to share with you steps to follow and tools to use to boost your audience size to a million people by researching other interests, and stacking them together in one ad set.

At the top of the first column, I want you to write ‘Websites’. 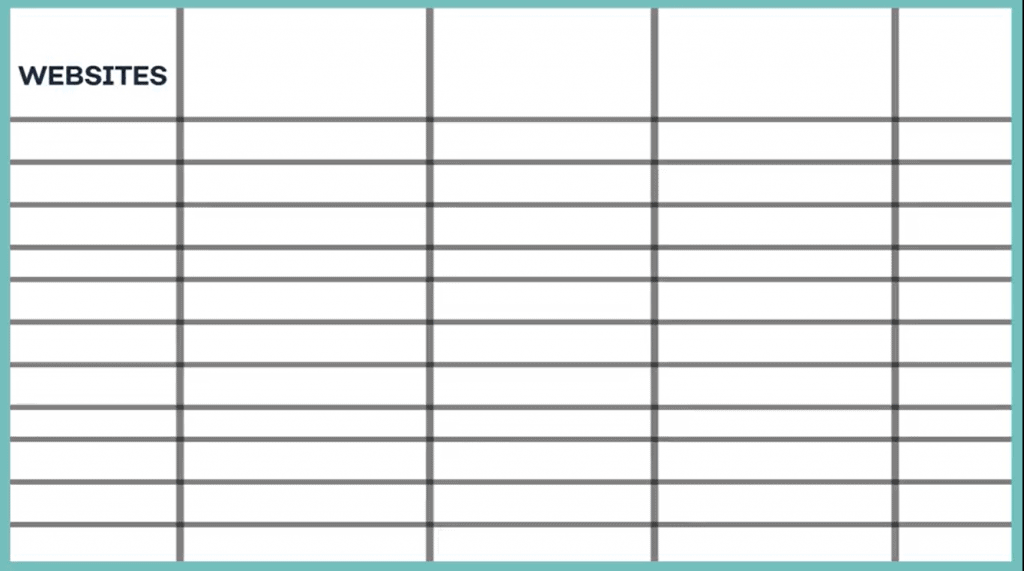 In this column, we're going to brainstorm all the different websites your ideal customer looks at. Which websites are they spending their time on?

At the top of the second column, I want you to write ‘Competitors’. In this column, we're going to list all of your biggest competitors. 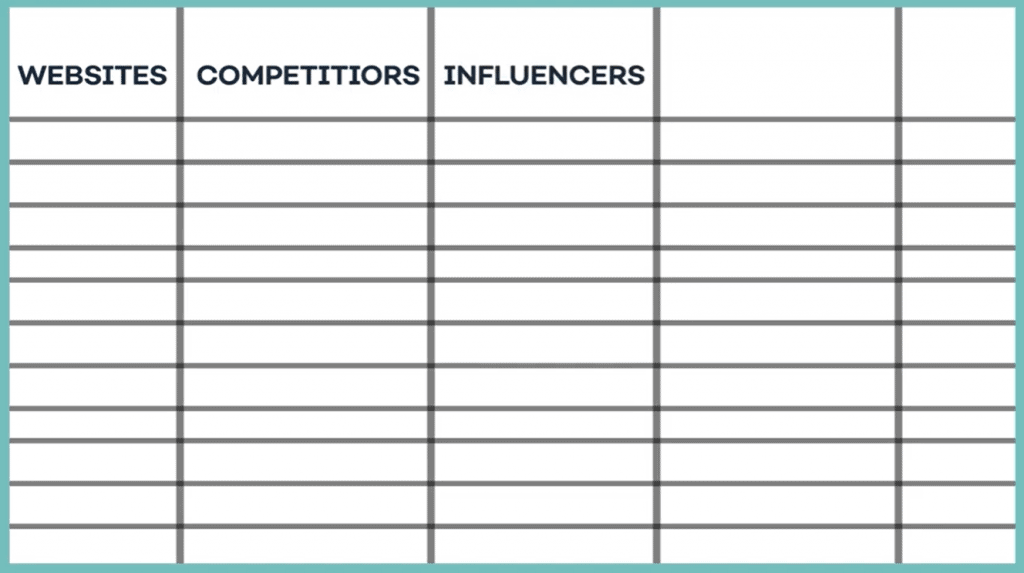 These can be people your audience follows on social media. They can also be authors. What books are really popular in your space? Add either the author or the title of the book in this column as part of the brainstorming process.

In the fourth column at the top, write ‘Live Events’ or ‘Conferences’. And in this column, brainstorm all of the different live events and conferences that your ideal customer attends.

For example, I’m in the digital marketing space, so I'm going to put conferences like Social Media Marketing World and Traffic and Conversion Summit.

For you, it might be totally different, depending on your ideal customer and your niche. But write down all of the live events you can think of that your audience attends. These are all potential interests to include in your Facebook* audience targeting.

Now, at the top of the fifth column, I want you to write ‘Tools’. And in this column, we're going to put all the different tools and services that your ideal customer is using. 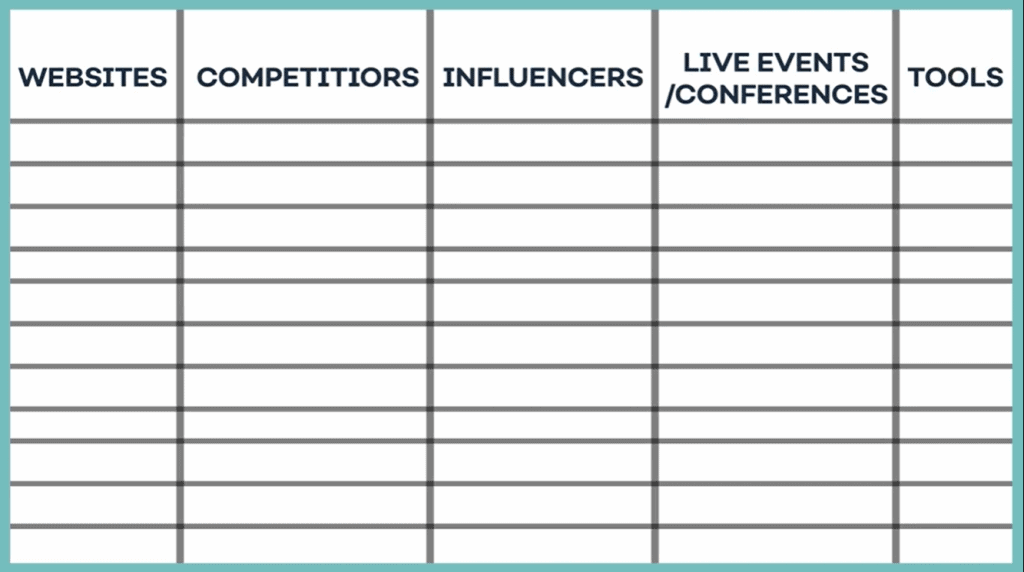 For example, if I stick with the digital marketing audience, I might put tools like Active Campaign. That’s because it’s the email provider that a lot of people use in my space. Infusionsoft is another example that would fit into this category. The important thing is that these tools are completely unique to my audience.

For each of these columns, brainstorm the relevant groups, and try to think of things that are unique to your ideal audience. That's this first step.

This doesn't have to be an exhaustive list. It's a starting point. Just write down what comes to mind, and don't stress if you only have a few in each column. We're going to expand on it.

There are a few different tools and techniques that we can use to find new interests that you may not have thought of.


Expand on the Interests You Want to Target​

Now we’re onto step two in this process, which is expanding on your interests list.

There are a few tools I’m going to walk you through to help you do that. And we're going to apply those tools to that brainstorming list you've just created.

We’re also going to generate many more interests that you can potentially target.

The first tool I'm going to share with you is called SimilarWeb. At SimilarWeb, you can enter a website and it will display a list of similar sites.

This is great because if you have a website that you know your ideal customers visit, add it to SimilarWeb and it’ll give you a list of other websites you might be able to use in your interest targeting.

Here’s an example of my 5 columns that we’re going to add more content to using SimilarWeb:

The first website on my sheet, for example, is Social Media Examiner. I’m going to type this into SimilarWeb and see what kind of results it gives me. 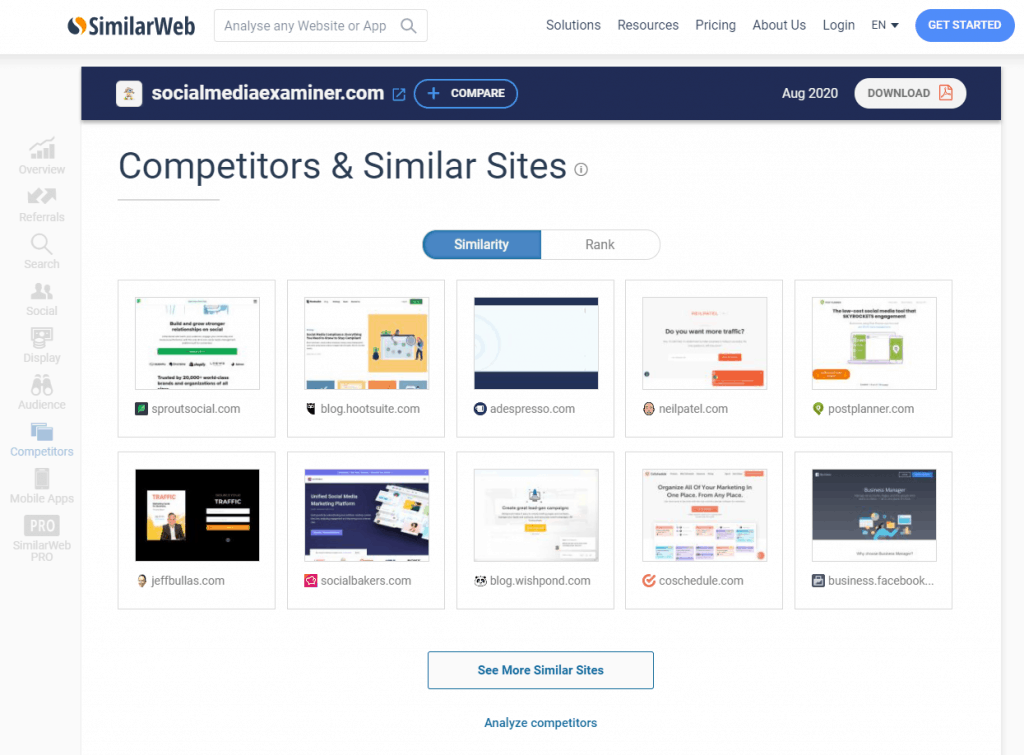 This shows me sproutsocial.com, jeffbullas.com, adespresso.com, neilpatel.com, and a bunch of others.

My audience is entrepreneurs trying to grow an online business, so these are the types of competitors that are going to display. Obviously, yours will look very different.

Next, click through each one of these to determine whether they’re something my audience would use. If the interest is highly relevant to your audience and not too broad, then you would add it to your list.

For me, I would add Sprout Social and Jeff Bullas to my list. And you can continue doing this for as long as you want. You can also keep feeding the websites you find in your results back into the tool to find more results.

Keep going until you've got a comprehensive list. Or until you feel like you've exhausted all of the likely candidates.

Some of your influencers have their own websites too, so don't forget to enter websites into the tool as well.

You can also search SimilarWeb for the websites of the tools in your niche. For me, if I searched infusionsoft.com, it would give me websites for other tools like upwork.com, zoom.us, or shoutmeloud.com. 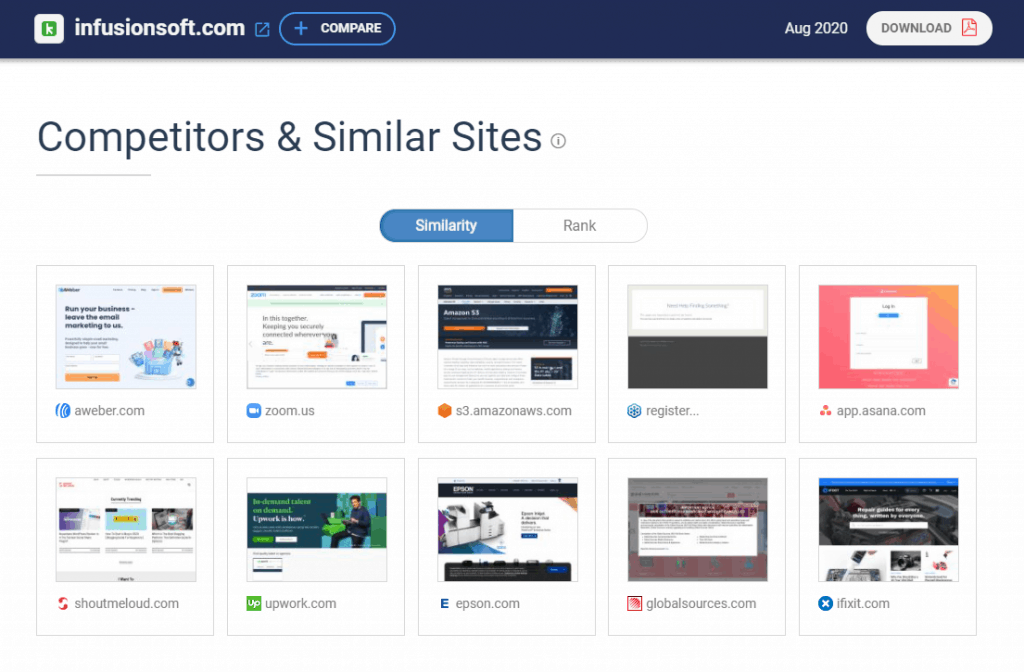 Important note: I actually wouldn’t want to target an audience interested in Zoom. This goes back to the Mark Cuban example. Zoom is now a tool used by a broad range of people, so it doesn't only apply to my target audience of online entrepreneurs.


Use Amazon's Suggestion Engine to Find More Interests to Target​

The next tool I want to show you is one that you're probably familiar with: It's called Amazon. Amazon’s suggestions engine is really powerful and I'll show you why.

Start by entering the name of one of the influencers on your list. In the example below I entered Peter Thiel. Because he has a book it appeared in the search results. 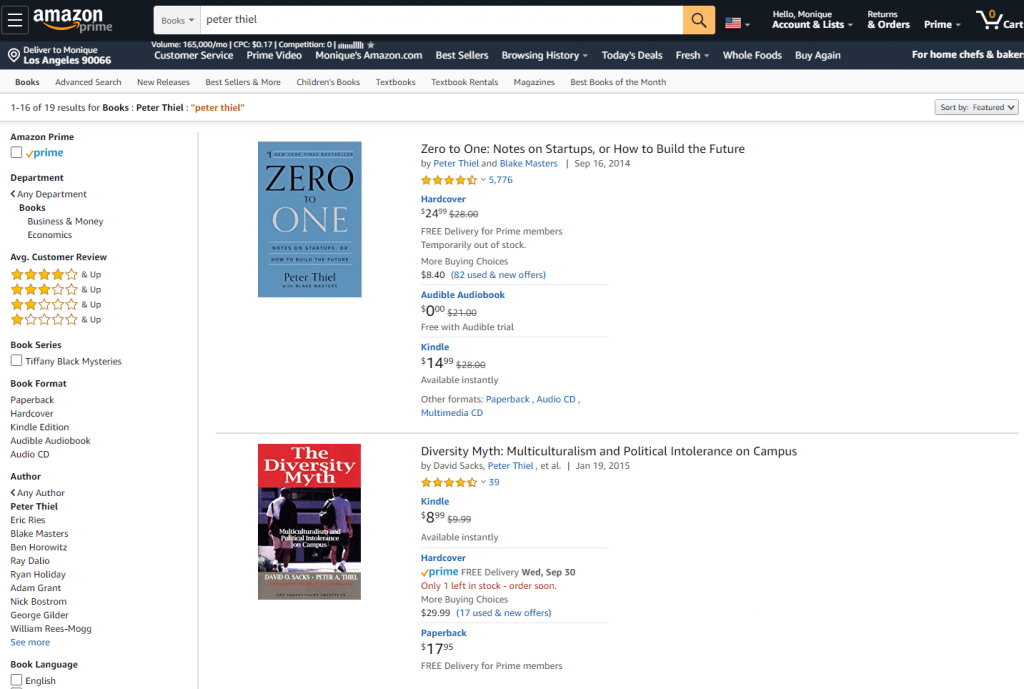 But more importantly, what also comes up are a bunch of other books in the same category.

For example, Bezonomics by Brian Dumaine. 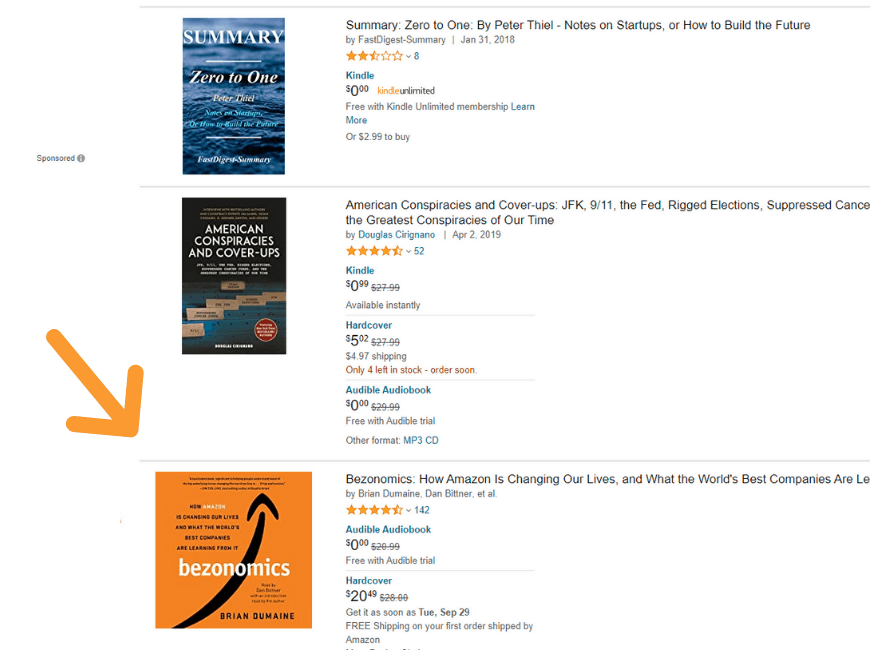 In this example I would add Brian Dumaine to my influencers list.

You should look into all of these different authors and see if they're influencers in the space that we're looking for. If so, add them to your ‘Influencers' list.

But remember to keep it specific! Notice in my example I get people like Elon Musk. He's too well known to be included in my list so I wouldn't include him. 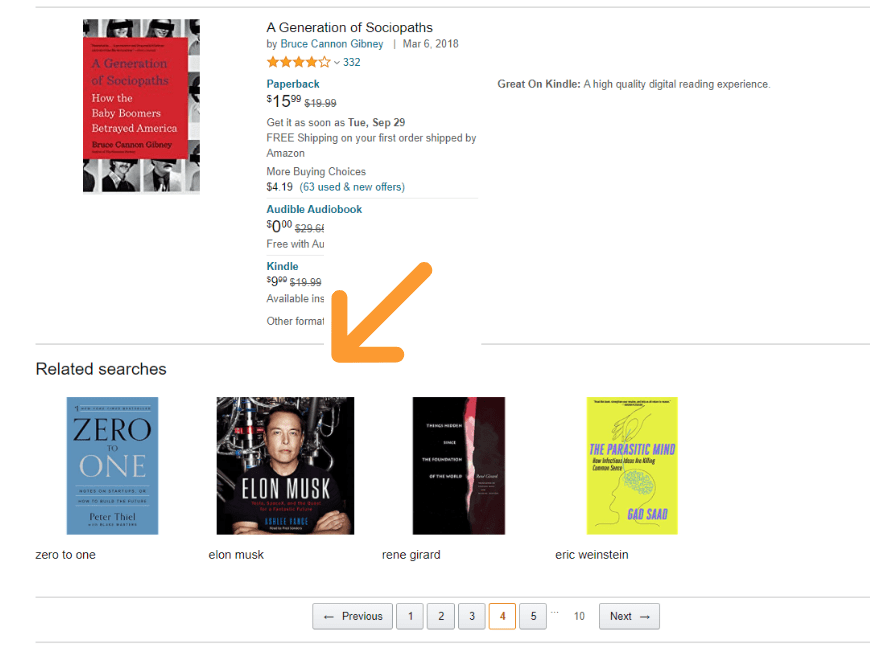 Next, here's the other thing to check out. If you click on any book, it's going to tell me what customers who read that book also read. 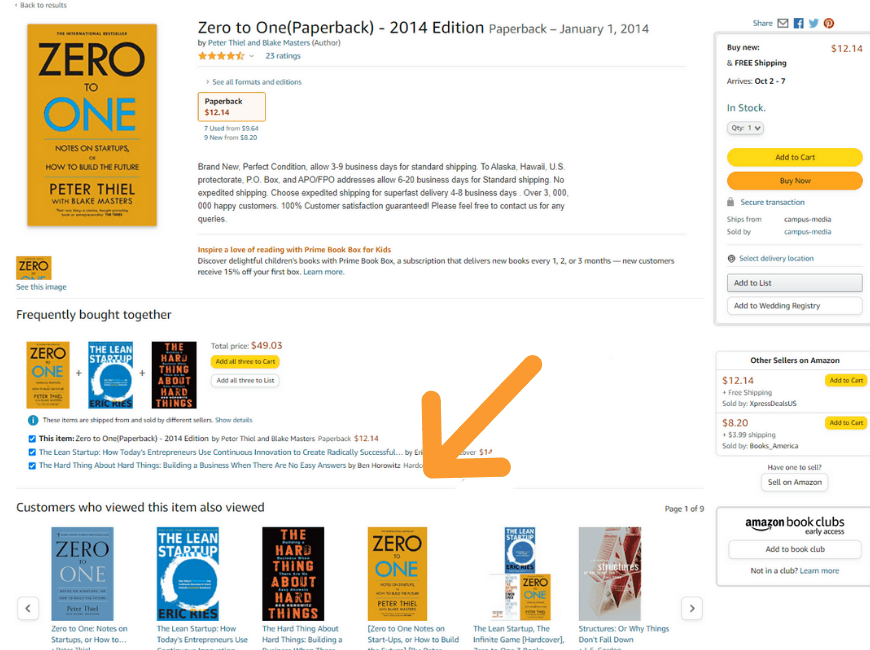 So not only will Amazon's suggestions engine show you a list of similar books and authors, but by clicking on the book results themselves, you can see what authors that audience is also reading, and add those to your ‘Influencers' category as well (if they fit).

I recommend you set up an ad set inside the Facebook* Ad Manager for each of those five columns that we created in our sheet.

Each ad set will target a different group of interests. For example, you would have one ad set that targets all of your influencers, then another for the websites, and another for events etc.

This way I have a bunch of ad sets to test, and I can see which group performs best. Grouping interests together also gives you larger audiences (compares to putting a single interest in each ad set). Larger audiences tend to outperform smaller ones on Facebook*.

From here you can continue to test new interest groups and optimise your targeting to improve performance.

Follow the steps I've listed above to target specific interests on Facebook. And I can tell you, it'll really improve the way you set up your Facebook* ads and your results.

Following this process will allow you to narrow down and get in front of your specific audience, while still having a really big audience to target.

As a recap, here's a quick summary of how to choose the right interests in your Facebook* audience targeting:

Will you give this method a try the next time you're brainstorming your Facebook* audience targeting? Why or why not? Let me know in the comments!